The question then becomes how to get employees engaged.

Are you familiar with challenge coins? They’ve been used for thousands of years to inspire confidence and acknowledge a job well done. These 2-inch coins can also be used to increase employee engagement.

Read on to learn how you can improve employee engagement by using challenge coins.

History of the Challenge Coin

To get a better understanding as to how you can use a challenge coin in your office, you should learn about the history of the challenge coin.

Challenge coins were first used in the military by the Roman Army. They weren’t called challenge coins at the time, but the concept has remained the same over time.

Roman soldiers were paid in coins for their work on the battlefield. The coins were said to have the insignia of their particular military unit.

When soldiers performed did incredibly well in battle, they were rewarded with more coins. The coins could be given to soldiers who stood out on the battlefield or to the entire unit.

There’s another legendary story that has to do with the history of challenge coins. There was a group of American fighter pilots who fought alongside French forces in World War I.

Among the Americans was a well-off pilot who had coins made that had the insignia of the pilots’ unit. The American was later shot-down and captured by the Germans.

The story goes that the American escaped a German prison and found himself in a small French village. The only thing he had on him was the coin that had the insignia of his unit.

The villagers took the American as a German spy and threatened to kill him. The American showed his coin, which was recognized by one of the French soldiers in the village. The American’s life was spared.

Challenge coins disappeared for a while. Over the years, challenge coins made a comeback among military members. There were some units during the Korean and Vietnam Wars that had these coins created.

Military leaders would reward their subordinates with coins to recognize a soldier who went above and beyond the call of duty.

The “Challenge” of the Coins

Challenge coins weren’t really called challenge coins until the mid-1980s. It’s based on a game that service members would play with their coins.

What if you left yours at home that night? Well, you get to buy the next round for everyone. There’s more to the challenge than that, though. You can read more about the challenge coin rules of engagement to discover the details.

How to Get Employees Engaged by Using Challenge Coins

As you can see, there are a couple of key themes that challenge coins can be used for. They’re used to reward extraordinary work. They’re also used to create camaraderie among personnel.

These are two themes that will translate to any organization, whether you’re a team of first responders or a nonprofit organization.

Here are a few ways you can use challenge coins in your organization to get employees engaged.

Have a Higher Purpose

Employees love to work at companies that have a higher purpose. They want to feel like their work matters. Telling them that they provide shareholder value just won’t cut it.

They want to feel like they belong to something greater than themselves. It is possible to have a challenge coin to remind them that their work matters.

You have to start by revisiting the values, mission, and vision of the business. Once you remember the real purpose of the business, you can create challenge coins with your company or product logo on it.

You may be able to have one key value or tagline that defines your business. This reminds employees why they show up to work every day.

Employees need to be recognized and valued. That’s the top way you’re going to get them engaged. They’ll go above and beyond for you if you show that you appreciate their contributions.

One of the great things about challenge coins is the way they’re distributed when someone does great work. A military officer would just go up to someone, give them a handshake and pass the coin along.

There’s no ceremony, no big deal made about it. It’s a very subtle way to say thanks for all you do.

You can incorporate this type of handoff when you reward employees. It’s often more meaningful to employees because it’s a thank you from their direct superior.

You have a choice to reward your employees. You may want to recognize a team that came through on an important project. You may say thanks to several people in your office.

Keep the standard high to get a challenge coin. You don’t want to diminish the value by giving one to everyone, including the bottom performers.

Create a Sense of Belonging

People who feel that they belong will give more to your organization. You can use challenge coins to create that sense of camaraderie among your employees.

Imagine seeing a few members of your staff out at the local pub after a long day at work. One of them puts their coin on the bar and the rest have to follow.

Challenge Coins Can Get Your Employees Engaged

Keeping employees engaged can have a lot of positive impacts on your business. It can improve employee morale and increase revenue.

How to get employees engaged can be easy with challenge coins. They can give a sense of camaraderie, and remind employees why their work is so important.

Check out this site often for more great business and lifestyle articles.

« The Keys To Understanding Infrastructure in Big Business
Want To Punish A Doctor For Medical Lapse? This Is All That You Need To Do » 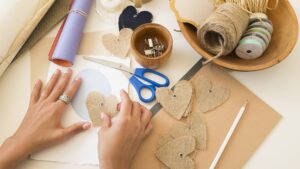 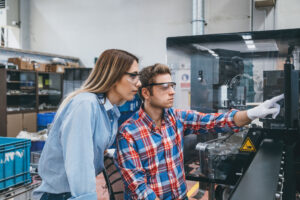