History is a great teacher, and if there is one thing about wealth creation that it teaches us, then it is that investing in stocks at the early stages really pays out, especially if the company does really well in the future.

The historical approach to investing has allowed many to become billionaires. It, therefore, makes sense that most investors look for budding industries that demonstrate a lot of growth potential. The cannabis industry is one of the latest industries to do just that, especially thanks to the wave of legalization, which has encouraged the creation of companies that aim to service the massive demand for cannabis and cannabis products. Here are some of those companies that have shown a lot of promise towards shaping the cannabis industry. This is currently one of the most popular companies in the cannabis industry. Aurora Cannabis is a Canadian firm, although it is publicly listed in both the New York Stock Exchange and the Toronto Stock Exchange. However, this is not the reason why it made this list. That has to do with the fact that it has diverse offerings.

Aurora Cannabis grows marijuana, which is then sold for medicinal use. The company also produces and commercializes indoor growth systems as well as food products based on hemp. The cannabis firm was selected by Germany’s Federal Institute for Drugs and Medical Devices as a producer and supplier of medical cannabis in the country. This means was a huge contract for the company and one that helped the company to generate more revenue.

Aurora’s growth is evident in its performance. It reported its Q3 2019 net revenue at $65.1 million, and this is impressive because it was a 305% revenue increment on a year-over-year basis. In short, its solid strategy and a diversified approach to the market is paying off.

Cannvi is a start-up located in LA country that is on a fast rise. They are a brand new cannabis delivery service that is looking to not only deliver high-quality products but match those products to experience perfect for them. Based on strains and consumption methods, Cannvi will recommend areas customers can go to in order to enjoy the product at its highest capacity. Beyond just providing the convince of delivery, Cannvi wants to provide its consumers with an awesome cannabis experience. If you’re looking to try Cannvi out, they are currently serving the Los Angeles area.

MedMen is also one of the fast-rising marijuana companies out there. It has already built a vast network of its retail operations in the U.S, including flagship retail outlets located in strategic cities such as New York, Las Vegas, and Los Angeles. The company is committed to providing awareness about the benefits of cannabis, including the benefits of legalizing the use of cannabis.

So far, MedMen has 37 cannabis stores across the U.S, and it also controls about 7 percent of the California market, which is the largest market for marijuana in the U.S. Its large network means that it is well-positioned to leverage the market growth.

This is U.S-based cannabis that mainly focuses on the growth and distribution of marijuana. Its operations are usually in densely populated states where it secures limited operation licenses. It is also one of the biggest cannabis companies, and it is poised to become bigger with its current growth rate.

Curaleaf has been making acquisitions that are aimed at building a strong network in the U.S market. So far, the acquisitions have allowed it to own about 20 cultivation locations, 26 marijuana processing stations, and 68 dispensaries. This comprehensive approach solidifies its position as a key player in the U.S major industry, and the network allows it to have more control of the market. This is the typical type of company that investors look for when shortlisting companies to invest in based on the strategic approach.

This is one of the cannabis industry pioneers in the U.S market, and it has been around for more than five years now. The company mainly deals with indoor growth, and it also focuses on distribution. It is also part of the global stock market index, which means that it is already has a great reputation in the market.

One of the main reasons why you should watch out for this company is that it has already built a strong network for its products in North America. It also has the resources to take advantage of the growth opportunities in the market, especially with cannabis legalization in many states and Canada.

Cresco Labs has its operations in multiple states in the U.S, and it has positioned itself as one of the companies that supply cannabis for both medicinal and recreational use. Its market strategy focuses on the premium cannabis market.

The company has 23 production facilities, 22 dispensaries, and 56 licenses across 11 States the U.S. That is enough for the company to earn millions in revenue. Still, it is also one of the most influential companies in the Cannabis industry, and so it is bound to expand its reach. This means that there are more growth opportunities ahead and, thus, more value for investors.

There are many other cannabis companies out there, but we focused mainly on listed companies because they have been tried, tested, and have demonstrated satisfactory performance. They also tend to have more resources to leverage future opportunities and are thus statistically more likely to succeed. 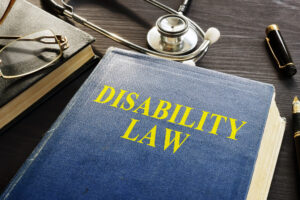 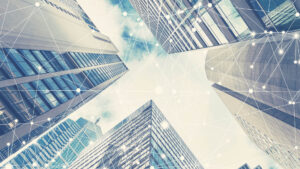 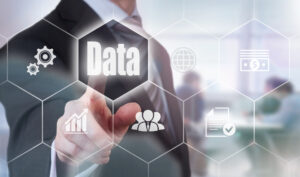