A lot of the games we play in modern-day land-based casinos and new online casino sites have been played in some variation for hundreds and often thousands of years and blackjack is no exception to this rule. The foundations of blackjack are mostly thought to first originate in Spain back in the 17th century but there is no complete consensus amongst modern-day historians on when and where the game originated, with multiple theories circulating, including that a version of blackjack was played back in the 5th century BC in Rome, using blocks made of wood with Roman numerals before the invention of playing cards.

Blackjack is most likely the distant cousin of similar games that have been played across Europe throughout the ages and they all will have played their part in influencing the game to create a final version of blackjack we know and love today.

If we jump back to the 1600s we will find there is a reference to a game that is akin to a version of blackjack but was called “twenty one” and is referenced in a book that was based in Seville, Spain and written about dastardly gambling cheats who would play the game. The game as described back in the 1600s was played without 10s with aces being worth either 11 or 1. Fast forward to the next century in neighbouring France and you would find another card game which was very similar to this called Vingt-et-Un, twenty-one for those of us who don’t speak French, whereas the Spanish had moved on to another similar game to where the aim of the game was to get to 31 using a minimum of three playing cards.

The game finally made its leap across the pond to America, probably introduced by French it Spanish explorers in the 1900s when they travelled to the new world to colonise the land. This version didn’t differ from the blackjack we play in the modern-day, but it certainly wasn’t a million miles away, with the main difference being that there were an increased amount of betting rounds for each hand. Although the game was popular in Europe, the game didn’t really catch on as quickly in America as many of the players weren’t convinced the prizes were worth the gamble! It needed a revamp, so casinos in the 1930s took advantage of this opportunity to change up the classic game, keeping the key elements but improving the betting appeal to players.

The game was changed to offer up a 10-1 payout for any player who was able to get a 21 hand including the ace of spades and a blackjack. The rest, as they say, is history because ever since it was rebranded as Blackjack, the game has spread like wildfire across the continent of North America and soon took its place as a firm favourite card game in American casinos, where it still remains in some of the most famous casinos in the world in Las Vegas. Now you know the history and the origins of this exciting game, you can set yourself off playing either online or in land-based casinos and can maybe share some of your newfound knowledge!

« Everything You Need To Know About Online Casinos
Meet and Greet: 7 Tips for Throwing a Memorable Networking Party » 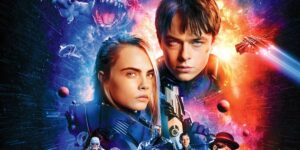