Alcoholism is sometimes regarded as a degenerative habit supported by choice, addiction, and cravings. While this is a part of addiction to any substance, alcohol is socially acceptable, making it harder to resist. As it turns out, the metabolism of ethanol, the alcohol found in fermented and distilled beverages, is different in true alcoholics. The ethanol begins to replace food for calories, tolerance raises, consumption rate increases, and malnutrition sets in to further impair the body entirely. Alcoholism is a highly tricky disease. It is not just a bad habit. There is something that can help though, and it’s known as CBD. CBD, or cannabidiol, is a hemp extract which is worth learning more about at sites like https://www.americanhempoil.net/is-cbd-oil-legal/. As you learn more, you find out it is actually in the family of the marijuana or cannabis plant. It is simply a matter of chemistry when it comes down to the differences between the two.

Cannabis is primarily a good source of THC, which is the psychoactive component in the plant. However, there is another compound called CBD and it attenuates the activity of THC. In the event that the psychoactive aspect is not needed but the other health benefits are, the hemp plant comes to the rescue with high CBD level extracts. The best part about all of this is that CBD is legal to varying degrees in the United States, while cannabis is not.

Before you jump to any conclusions about how to treat alcoholism, understand that the initial stages of alcohol withdrawal are complicated and potentially fatal. At first, particularly if the drinking is incredibly heavy, the withdrawal should be treated medically. After that is concluded and you are in the clear, you may still find that there are cravings. CBD has been shown to reduce the withdrawal symptoms while providing a number of other health benefits which can help you be one of the successful people who beat alcoholism.

Withdrawal from alcohol is usually marked by heightened attention and anxiety, restlessness, panic attacks, increase in pain, depression, shaking (tremors), and more. Some of these symptoms may not go away for several months. Usually, after a year clean and sober, the body is returning to normal again, but it is vital to have all of the support you can get for this problem. Learn more about how CBD can help.

During alcohol withdrawal and sometime thereafter, the alcoholic is in an over-active mode. It is like the nervous system is always in a twitchy and heightened state. That is because alcohol is a sedative and, when you get addicted to sedatives and then come off of them, you will be in a state of constant stimulation. Sometimes this will also result in psychosis and dangerous behavior.

Since CBD has a calming effect and can potentially prevent withdrawal related seizures, it eases the excitability problem associated with getting off of the booze. You have to admit that the lifestyle is not exactly comfortable and certainly not healthy. Ethanol causes damage to the brain at a slow pace. Certain studies have implied that CBD prevents this and may even reverse some of the damage. 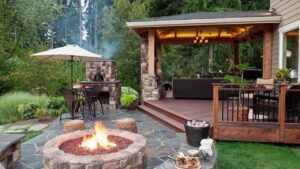 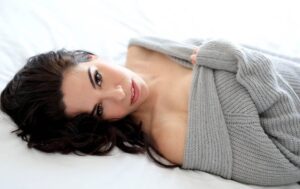