Get ready for an astounding statistic: newswires publish 500 to 1,000 press releases every day. When you’re ready to reach out into the world, you need to stand tall above the crowd.

Writing a press release is a particular form of communication. It has to be clear, straight to the point, and information-laden. It differs from blog writing and other forms of digital media.

Together, let’s learn the art of the business press releases by avoiding four common errors.

The first thing to note is the tone of your company press release. It’s not a blog article. Press releases are fairly straight to the point.

Don’t go off on too many tangents with overexaggerated claims like, “This will be the best night of your life.”

Rather, you want to make the announcement, include some notable quotes, and dole out the important information. This is a useful formula for all press release options.

A little bit of hype is understandable, of course. For example, if it’s the grand opening of a small business, you might say, “After two years of diligent labor, we’re ready to swing open the doors and welcome new customers.”

But, beyond that, leave the storytelling for your blog or YouTube channel.

2. A Lack of Keywords

As the days of print media continue to dwindle, we need to embrace some of the rules of the online world. Keywords are the number one way to get recognized.

There are plenty of free keyword research tools out there that will tell you, for example, if you’re writing about a church opening, you’ll want to weave in “church near me” and other important phrases to gain more traction online.

In keeping with the theme of tone and words, it’s also important to know which pronouns to use.

Although there are many types of press releases, they shouldn’t be written in the first or second person. Avoid “I,” “me,” “we” pronouns.

Press releases should be written in the third person because they almost edge on a news story (more than a blog article).

Let’s close things off with a final look at words. If it’s difficult to read your press release due to grammar and usage errors, don’t even release it.

People will get turned around and confused, and move on even before they get to the meat of the release.

Use short, clear sentences and the active voice. Avoid the passive voice at all costs. Run your release through a free app like Grammarly or ask a friend with a keen eye to edit it before you send it off to various outlets.

For more, you can read about press release writing here.

Writing a Press Release Is Easy

Okay, maybe it’s not easy. But, we can complicate things unnecessarily. The keys to writing a press release are brevity and clarity.

For more business advice, especially for entrepreneurs and startups, check out the rest of blog. It’s continually being updated with your success in mind. 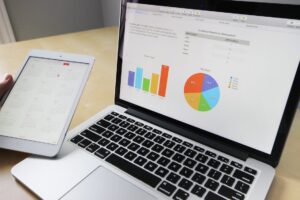 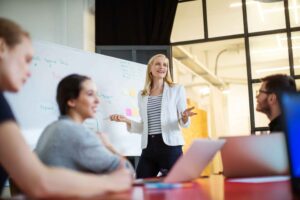